It didn't take much convincing.

"I'll give you a dollar when you're done," she told me, and I was off and running toward the driveway.

Growing up, my mom offered a dollar to any child willing to vacuum and wash her car.  The thought of that crisp dollar bill lingered in my mind as I picked up the car trash, dragged out the vacuum, scrubbed the hubcaps until they shone.

We all have our versions of "dollar bill" rewards.  We were wired that way. 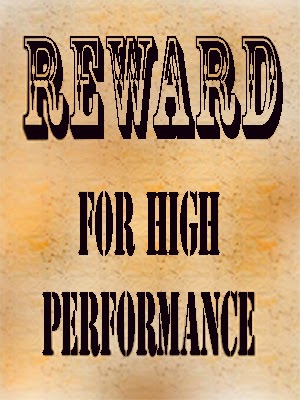 We toil long hours, we sweat profusely, we do the things we despise the most so that in the end, we get the reward we long for.  Sometimes it's money -- sometimes a promotion -- sometimes a degree -- sometimes a slimmer figure.

For many of us, we subtly chase the reward of validation.  We long to be told that we're doing a good job.  We long for others to see our tireless labors.  We want others to notice our effort, affirm our work ethic, applaud our successes, and commiserate in our sadness.  There's nothing wrong with reward.  It's a Biblical principle that God invented and delights in.

But as a mom, much of my labor happens behind closed doors.  Perhaps yours does too.  No one sees it.  No one notices.  No one comments on the hours spend playing with, training, praying for, and providing for my children's needs.

And so, the reward that I long for -- I chase after.

And typically, I get the reward that I want.  People fawn over my efforts and sympathize with labors and shower me with phrases like, "you poor thing," and "how do you do it all," and "what an amazing mother you are!"

But am I settling for a reward too small?  Jesus seemed to think so.


"Beware of practicing your righteousness before men to be noticed by them; otherwise you have no reward with your Father who is in heaven.  So when you give to the needy, do not announce it with trumpets, as the hypocrites do in the synagogues and on the streets, to be honored by others.
Truly I tell you, they have received their reward in full."
(Matthew 6:1-2)

Do you realize that there's reward in Heaven for you?  And do you realize that when we chase after reward here on earth, even in subtle ways, that validation is the only reward we receive?  We actually forfeit the reward in heaven -- the very thing our hearts long for.


Don't settle the praise of men.  Don't live for the "good jobs!" or the "I'm so impressed!" of others.   As you faithfully serve your family and no one notices, don't chase after the fleeting reward of validation.  Something greater awaits you in heaven.
Posted by Unknown at 3:54 PM