Speaking Truth To Your Heart

Ten more sips of your milk, and then you can be done, I told her as I stood over the sink full of dishes.  My eyes never shifted, but my ears took note of her steady sips and soft counting.

But somewhere around halfway, the counting increased very quickly.  Too quickly to be true.

I turned toward her as she announced the completion of her task.

Sweetheart, are you trying to deceive mommy? Did you really take those sips?

She shook her head no, eyes steady on the floor.  I walked over and tilted her chin upward until her gaze met mine.

Joanna, you may not lie to mommy.  God is truth, and in this home, we speak what is true.

I resumed my dishes, she resumed her sipping. I commended myself on a parenting-job-well-done.

Yet within minutes, I found myself down on the floor, wiping vomit from the chair legs, my jeans, her hair.  And in that instant, I became the one telling lies. 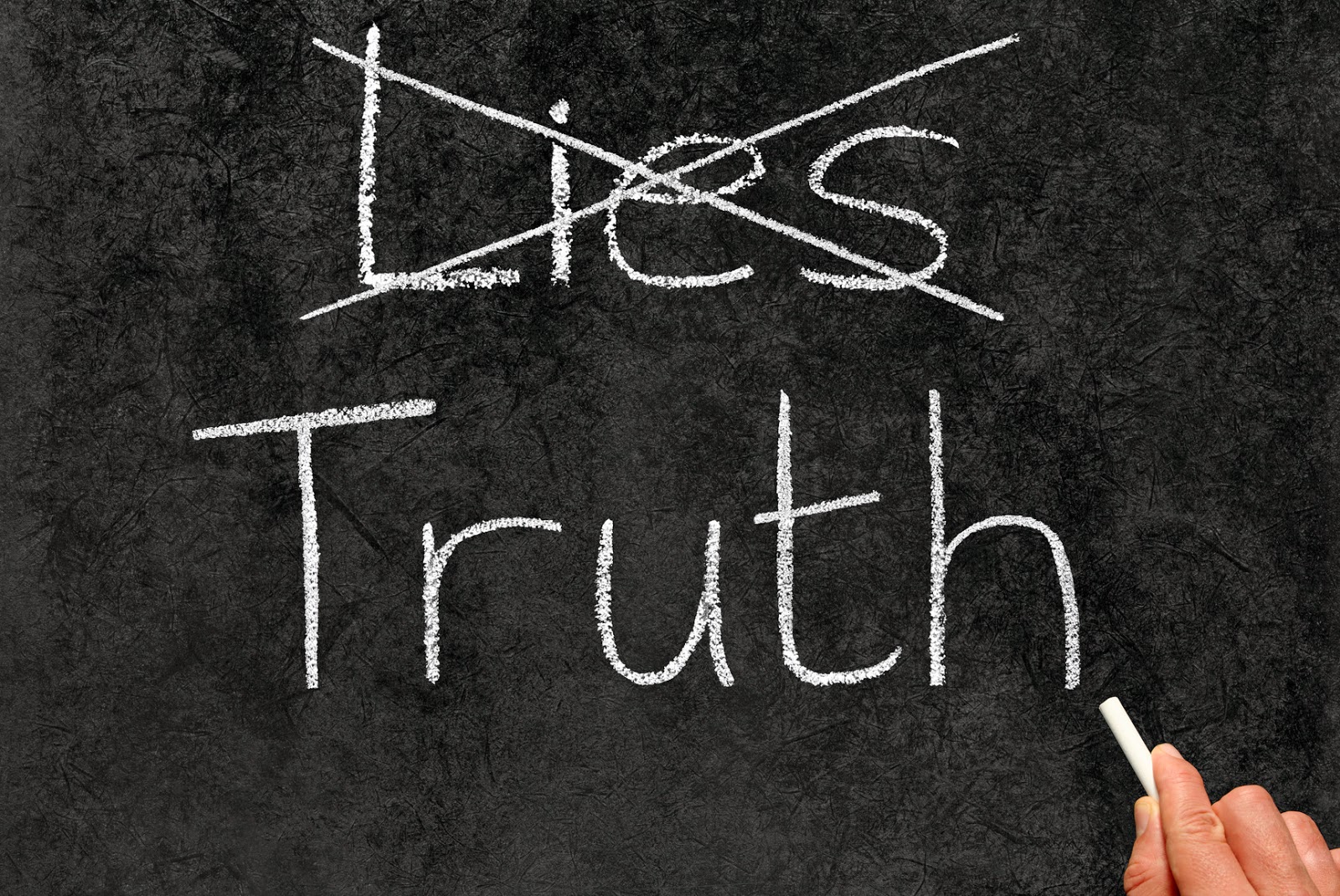 I command truth-telling from the lips of my children, yet I am the main contributor of lies in our home.

But I easily excuse it -- because I'm just venting,
or letting it all out,
and don't I deserve a little room just to say how I really feel?

But let's call it what it is.  We hear the words of God, we know the nature of God, we read the promises of God, yet we dismiss them as lies.  Isn't it what happened in the garden?  Eve believed a lie.  She lived a lie:

We call God a liar when we doubt what He has said, and in doing so, we become the one who lies.

When you're tempted to spout off a lie -- a declaration that God is not just, or merciful, or kind, or you deserve better, or others have it better --- choose truth.  Recite what God has told you to be true.  Cling to the promises of His Word.

Teach your children to speak words that are true -- words that reflect the very character of our God.   But don't just teach them.  Show them.  Model to them a life that holds fast to truth, even -- especially -- when it hurts.

Lies come easily.
Truth is hard.
But when your heart hurts the most -- and you choose the words of truth -- you sing the sweetest songs of praise.
Posted by Unknown at 8:22 AM